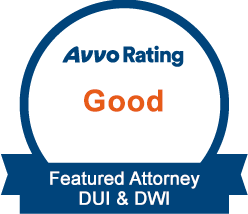 Trace Milan has been licensed to practice law in California since 2007, known by clients and peers alike for knowledgeable, dedicated advocacy. Exclusively practicing criminal defense, he has a reputation for securing positive results, even in tough, emotionally charged cases such as domestic violence.

Have you already been convicted for driving under the influence (DUI) and have since been arrested for another DUI? You must be aware that the charges will be much different, and much more serious, this time around. In California State law, a second, third, or fourth DUI offense – often called a multiple DUI offense – will be harshly scrutinized by the legal system and heavily penalized upon conviction.

Penalties for multiple DUIs in California are:

Any multiple DUI will also require the mandatory installation of an ignition interlock device (IID), which will not allow you to operate the car if you are intoxicated and comes with monthly taxes you must pay. You should also expect to be forced to take driver safety education courses, as well as hours of community service.

If you want to protect yourself and your driving privileges, contact our San Luis Obispo DUI lawyer.

When Is DUI a Felony in California?

If you have a prior DUI conviction and are facing another one, you may be wondering whether you are up against a felony charge.

In California, your DUI case can be charged as a felony in 3 ways.

Outside of these circumstances, your DUI charge will most likely be considered a misdemeanor. Every case is different because of the unique factors involved, so it is important that you consult an attorney. Our firm’s San Luis Obispo DUI attorney has handled many complex DUI cases and is well-aware of how prosecutors analyze and charge cases.

Each state has its own “lookback period,” or how long a DUI remains active and relevant on your criminal record. In California, the lookback period is 10 years from the date of conviction. If you are convicted of another drunk driving offense before the previous DUIs go inactive, you will be faced with a multiple DUI conviction.

There are a few special rules regarding multiple DUIs that should also be noted, which are:

There is never a reason to believe that your case cannot be defended, even if you tested above the legal limit or refused blood/breath tests. The truth of the matter is that even scientific testing used to determine your BAC at the time of your arrest can be faulty. With the help of our law firm, we may be able to craft a solid defensive case against odds that might have first seemed overwhelming. We can challenge test results, question if the stop that led to your arrest was even lawful, cross-examine the arresting officer for procedural mistakes, and more. Every legal avenue that can be explored to help your case will be thoroughly analyzed by our highly experienced criminal defense attorneys.

We Help People Throughout the Central Coast

Misdemeanor DUIs and multiple DUIs are incredibly common criminal violations in California. Anyone can make the mistake of having a drink with friends before heading home, and anyone can be accused of driving under the influence even when they are completely sober. If you have found yourself in this situation, know that our San Luis Obispo criminal defense lawyers have protected the rights of people just like you in the past and were met with success.

Send us an email explaining your situation and we will get back to you as soon as we can.